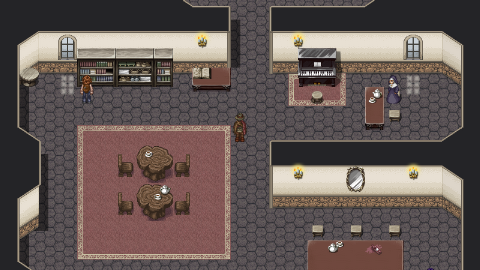 The inn is located on the eastern section of Vidar. Rozsa is the innkeeper, Mihaly plays music in the dining room, and Tamas is the chef. All other support staff has been killed by the beast.

At the start of every day, The Stranger wakes up on the second floor of the inn. It is from here that the player begins each in-game day.

The inn is one of the primary gathering points in Vidar, and a wide variety of villagers can move in or spend some time at the inn. The villagers who begin the game at the inn are:

These villagers can arrive at the inn during the game:

If all nine villagers who can come to the inn are in fact at the inn and alive on the night that Rozsa dies, the Town Event "Rozsa's Funeral" is triggered.